Our goal through employment services is to match jobs with every individual who wants to work. Our job developers and job coaches work hard to ensure the success of both the individual and the employer: the individual by providing necessary supports; the employer by helping them meet their business goals through their employees.

Individuals served in Orange Grove day services are encouraged to consider employment as their first and best option. To that end, vocational options are discussed at least annually with each individual, and evaluations can be done any time to help assess strengths and areas of needed improvement. Orange Grove supports the individual seeking a job in various ways, including accompanying the individual to job fairs, accessing employment resources available in the community, and working with local employers to understand the benefits of hiring a diverse work force, and to identify and eliminate possible barriers to employment.

Have you ever bought a grout kit at Home Depot? Wondered who puts together Headlight Renew Doctor kits found in stores all across the country? Considered how many pens Gold Bond, Inc. in Hixson imprints every year?

Some of the individuals we serve have been key partners in the success of those products!

For many years, we successfully  brought in jobs to Orange Grove  where individuals worked on  campus. Now, more and more,  individuals work at an employer's  work site, or at least in jobs where  they are engaged for a good part  of the day with people in the community.

meet our person of the year 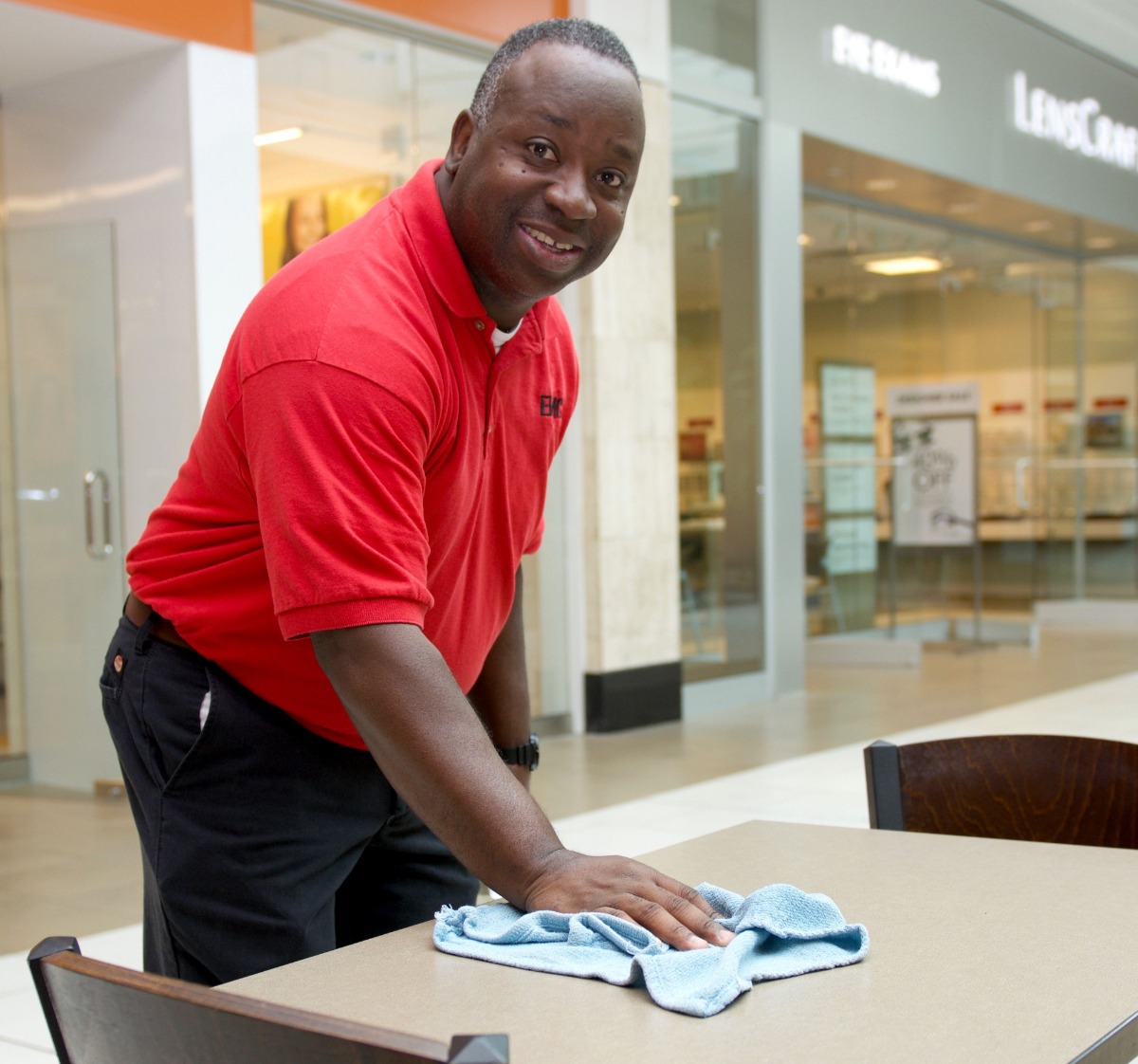 Anthony Sheppard started coming to Orange Grove as a student in our school program when he was seven years old. A real “people person,” Anthony has a ready smile and friendly wave for everyone he meets. “I think he came into this world smiling,” says Mrs. Geraldine Sheppard, Anthony’s mom. “No matter what life throws his way, you never see him without a smile.”

A lover of all things sports, Anthony became a Special Olympics athlete at age 8. He has traveled to many different cities representing Orange Grove playing basketball, football, track and field, and bowling while earning countless ribbons and respect from his fellow athletes. This past year, he helped lead the Unified Special Olympics Orange Grove Crush football team to victory in the state tournament. “That’s my man,” says fellow teammate James Long, “always working hard.”

His work-hard-and-never-quit attitude on the playing field serves him well in his current job. After graduating from OG’s school program in 1985, he immediately began building his job skills at the recycling center. “I like being around people, and I like working,” says Anthony. In April of 2017, Anthony was offered competitive employment with SecurAmerica to work 30 hours per week as a janitor at Northgate Mall in Hixson, TN. His supervisor says Anthony is his best worker and wishes all employees had his work ethic.

When he is not working, Anthony likes to play sports, ride his bike, and hang out with his family and friends. He also enjoys keeping up with the stats of professional sports teams. Anthony is thriving in his job, at home, and in the community. His loving personality and work ethic exemplifies Orange Grove’s mission to “recognize, support, and celebrate the qualities of the individual.”

Orange Grove partners with local businesses to provide jobs for the individuals we serve.

Orange Grove is Chattanooga's only Ticket to Work Employment Network!

Ticket to Work is a free and voluntary program that supports career development for Social Security disability beneficiaries. The goal of the program is to help people with disabilities progress toward financial independence.

Orange Grove's Ticket to Work program can help Social Security beneficiaries obtain services and resources they may need to find and maintain employment, while providing a safety net to help during the transition from disability check to paycheck. Orange Grove works with Vocational Rehabilitation to provide support for individuals whose cases have been closed. With the help of the Ticket to Work program, people who receive Social Security Disability Insurance (SSDI) or Supplemental Security Income (SSI) can take the next step toward work while maintaining their benefits.

Click here for more information about the Ticket to Work program. To learn how Orange Grove can assist you, contact O'Dell Tiller at [email protected] or (423) 629-1451; ext. 2581.